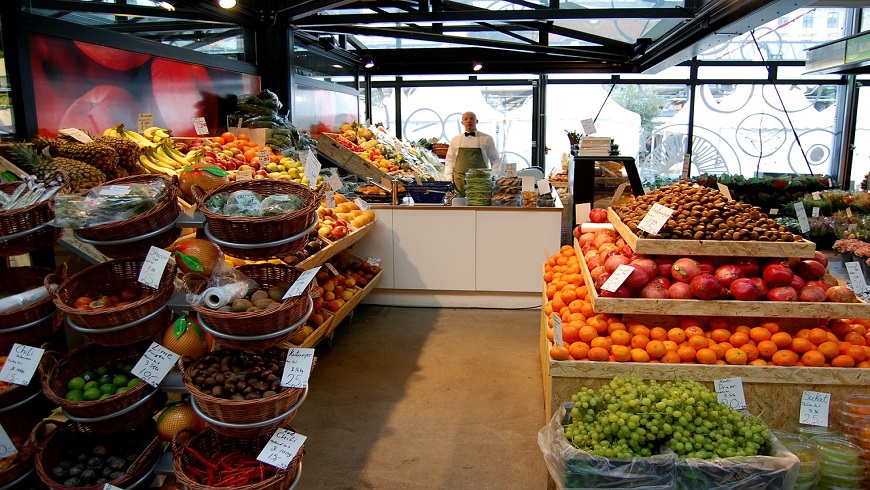 They force food companies to specify the origin of the products

As of April 1, 2020 after approval by the European Commission of the Implementing Regulation 2018/775, it is established or clarified how to specify the country of origin or the place of origin of the primary ingredient of a food. Regulation 1169/2011 on information provided to the consumer, established the obligation to indicate the origin of the food, but not of its main ingredient.

From now on, the country of origin of the products and also that of its main ingredient must be clearly specified.

This information should be easily visible and clearly legible, and, where appropriate, something indelible that was not happening. With this we want to avoid any kind of confusion that the consumer may generate, such as; Buy Polish hams as if they were Spanish for the simple fact of being cured in Spain.

The definition of the country of origin of both, either from an EU Member State or from a third country, should be “easily understandable for normally informed average consumers”. The approval of the new European Regulation is effective at a delicate juncture for the meat sector, The Association of Ham Producers of Trevelez and La Alpujarra have just won the legal battle to Comapa, this company is dedicated to selling Polish ham, with prices of up to € 25 unit, as if the product were from the region for its reputation in selling hams from the province of Granada.

The Madrid company, provider of chains such as Carrefour or Ahorramás, filed a lawsuit in the Commercial Court number 11 of Madrid, requesting that the Jamón de la Alpujarra brand be eliminated, something that the court completely dismissed. The judge relies on the fact that this denomination “aims to distinguish the aforementioned food product, letting the consumer know that it comes from a specific geographical area”.

Comapa was selling Polish hams under the Sierra Alpujarra and Trevedul teachings, thus confronting the producers in the area, who attribute it to the bewilderment of consumers.  In the judgment, the judge now makes it clear that the Jamón de La Alpujarra brand “aims to identify only those products that meet the conditions and requirements established in the Regulations for the use of the guarantee mark, certifying that the products identified with it have conditions, characteristics and quality that differentiate them from those products that are not protected by the trademark owned by the defendant “, and therefore totally reject Comapa’s request. La Alpujarra hams do not have a Protected Geographical Indication, such as the one with “Trevélez ham” but they are recognized as a Guarantee Mark and subject to a regulation approved by the Junta de Andalucía.

The sentence pronounced now is of great relevance because the producers of Granada have also denounced Comapa for an alleged fraud in trying to confuse Spanish consumers. But this example is not the only one we found. Currently, Spanish producers are fighting the Administration to authorize a label that does not explicitly specify the origin of the piglet. The imprecision of the labels misleads the consumer, who thinks that he is buying a lamb of quality of the land, when on the contrary he is buying a surplus of French cattle ranches focused on other types of uses.

by reference to one of the following geographical areas: a)

or “EU and outside the EU”;

or other geographical area located in several Member States or in third countries, if defined in accordance with international public law or easily understood by consumers normally informed means;

or iii) FAO’s fishing zone, or maritime zone or freshwater body, if they are defined as such under international law or are easily understandable to normally informed average consumers;

or v) region or other geographical area located in a Member State or a third country, which is easily understandable for normally informed average consumers;

or vi) country of origin or place of provenance in accordance with specific provisions of the Union applicable to the primary ingredient as such; b)

or by the following statement: “The primary ingredient (denomination) is not originating in (country of origin or place of origin of the food)”, or any similar expression that may have the same meaning for the consumer