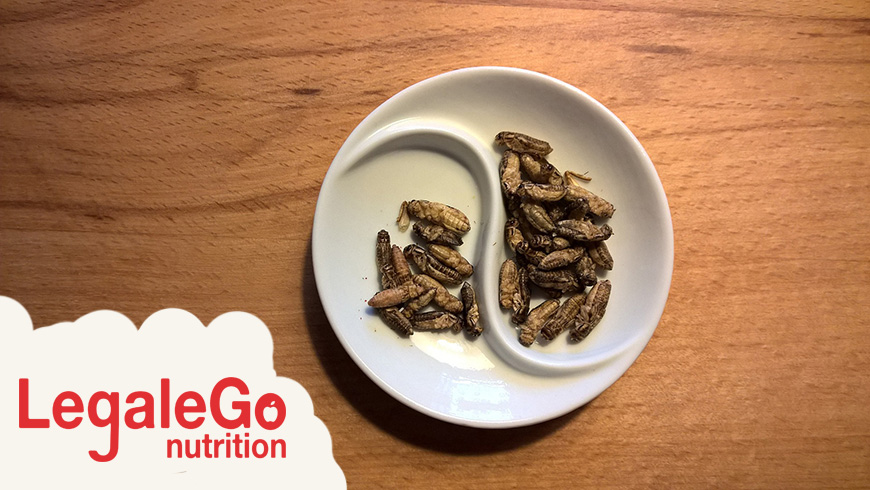 New regulations for the marketing of “new food” in Europe

The food supplements legislation at European level has been updated in an area as important in this sector as the so-called “new food” or novel foods. On January 1, 2018, the Regulation established by the European Parliament in 2015 on new foods, or as we would call in Spanish, innovative foods, entered into force in Spain.

This new regulation has emerged after 18 years due to the constant innovation of the food industry. In this way, if you are an operator of the food industry as of 2018, you can now market products made with insects. A great opportunity to take a new path in this niche market of great international projection.

The objective of this new regulation is that the food sector can introduce innovative foods from countries belonging, or not, to the European Union, according to new trends, more easily and quickly, but always maintaining a high level of security regarding to the consumers. Undoubtedly, this change will contribute to the food sector opening up to new business and growth opportunities.

The new regulation allows to market in Europe any food that comes from plants, fungi, algae, microcultures, cell cultures, minerals and animals, including insects. Any food consisting of micelles or liposomes is also included. Any company, large, medium or small, may market novel foods through a generic authorization issued online to the European Commission, who will be responsible for sending it to the European Food Safety Authority (EFSA) to evaluate its authorization.

In the second chapter of this Regulation, the authorization procedure for a new food is established, mainly consisting of the following steps:

1.- Request for authorization addressed to the Commission. This request will include:

2.- At the request of the Commission, the European Food Safety Authority will issue an opinion on the effect on people’s health.

3.- The procedure will end with the adoption of an implementing act authorizing the marketing of the new food and updating the list of new foods in the Union.

This procedure also provides for the specific procedure and rules for the authorization of traditional foods from third countries. Here, it is where insects that, although so far not consumed in Europe, were very typical in other countries, are of the greatest relevance. A report made in 2013 by the Food and Agriculture Organization of the United Nations (FAO) in conjunction with the University of Wageningen, in the Netherlands, promotes the consumption of insects as they consider it a more sustainable food than livestock and much more nutritious. As stated in the report, they have a high calcium, zinc and iron content.

Also, they make a comparison of the iron content between lobsters (crickets, grasshoppers …) and beef. While the first species can contain between 8 and 20 mg of iron per 100 g, the second only 6 mg. In Spain, Insectfit is currently the only one to exploit this market niche, as announced by the newspaper Economía Digital.
They will begin selling flour and cricket bars in herbalists and dietary stores. The target audience they are targeting is gym users due to the high protein content of the ingredients.

Prior to Spain, six EU countries were authorized to market products with insects: United Kingdom, Belgium, Austria, Holland, Denmark and Finland. Finland, through the Fazer company, has been the first to introduce in its product catalog a bread made from cricket flour, Sirkkaleipä, which in 2018 will be marketed not only in Helsinki, but throughout the country.

In accordance with Article 6 of the Regulation, the European Commission has issued the Implementing Regulation 2017/2040 of December 20, 2017 establishing the latest list of new foods in the European Union.

In Legalego Nutrition, as a food safety consultancy, we will begin to manage the authorizations of the food that the operators of the food sector want to introduce into their business, in addition to advising them on their conditions of use, labeling requirements and specifications.

At LegaleGo Nutrition we believe that this new regulation offers an opportunity to reinvent the food industry, which will turn companies that dare into pioneers of the gastronomic market.

We actually use cookies. But only to improve the usability of our website. This enables us to create statistics what works best for our visitors. If you go on browsing on our website you accept the use and application of cookies. More information about cookies and how to deactivate them can be retrieved on the following website: Accept