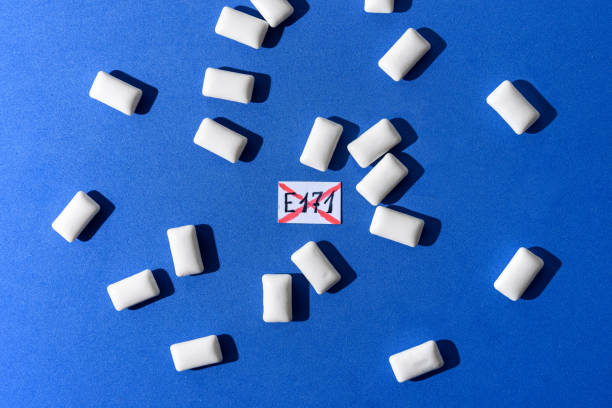 As we indicated in our last post, last October one of the European Commission’s proposals was approved: a ban on the use of titanium dioxide.

This Tuesday 18 January this proposed ban is made official by the publication in the Official Journal of the European Union of Commission Regulation 2022/63 of 14 January 2022 amending Annexes II and III to Regulation (EC) No 1333/2008 of the European Parliament and of the Council as regards the food additive titanium dioxide (E171).

This Regulation shall be binding and directly applicable in each Member State. The Commission shall review, within three years and after consultation of the European Medicines Agency, the need to maintain this component (E 171) in the Union list of food additives for exclusive use as a colouring agent in medicinal products or, if not, to delete it from that list.

According to the text of the regulation, titanium dioxide (E 171) may be used as a food additive until 7 August 2022 and after that date it may remain on the market until its date of minimum durability or use-by-date. Thereafter it may continue to be used as a colouring agent in medicinal products.

Last spring, the European Food Safety Authority (EFSA) already published a scientific opinion updating its previous 2016 assessment on the safety of this food additive. This investigation concluded that titanium dioxide can no longer be considered safe as a food additive as genotoxicity problems cannot be ruled out after consumption of its constituent particles.

Titanium dioxide and its genotoxicity

Titanium dioxide is a technological component composed of particles smaller than 100 nanometres, which is used as a food colouring agent, mainly in confectionery, bakery and sauces, and is also present in cosmetics, paints and medicines.

A key element in arriving at the ban on this additive is that genotoxicity after consumption of titanium dioxide particles could not be ruled out. After ingestion, the absorption of titanium dioxide particles is low, but they can accumulate in the body. Genotoxicity refers to the ability of a chemical to damage DNA, the genetic material of cells. Since genotoxicity can produce carcinogenic effects, it is essential to assess the potential genotoxic effect to determine its safety.